Los Badicales is now sponsoring THE premier snowboarding summer camp, the Camp of Champions located on Whistler Blackcomb mountain in BC, Canada.

As a major sponsor of the camp, Los Badicales joins the ranks of other snow sport players like Burton, Oakley, Billabong, DC, Quiksilver, among others.

The camp’s coaches are Olympic and X-Games athletes raising up the next generation of shredders on the best park and half pipe on the North American continent. Check them out over at www.CampOfChampions.com

The biggest change in the history of The Camp of Champions is happening this year. The prices reflect the savings the park size now allows. Overnight camp is now $1,885 CAD compared to $2,395 CAD in 2010. Camp Park Only Access is $695 CAD compared with $995 CAD in 2010!

The internet has allowed other camps to make it look as if their camp is of the same quality as The Camp of Champions world-class camp. Hyped up videos on line, made it so campers wanting to hit The Camp of Champions for its larger and superior terrain park and top level coaching were ending up at other camps because they were cheaper. All that has changed, and you don’t have to ride an inferior park to save money. COC is over $500 less for the summer of 2011.

For the last five years they have been expanding on snow footprint as much as possible. The park, that was already the largest summer park in the universe, grew 20% in size last summer and is now a whopping 50% larger then when it began. After attaining all the extra terrain, they can pass on the savings to those who could not afford COC in the past.

Snowboarding is why you go to camp. With the new pricing and size of the park, you don’t have to end up at an inferior snowboard camp just to save money. You can now come to The Camp of Champions for the same price, or less, than any other snowboard camp. Take some time to compare other locations, viewing videos and reviews. This camp is all about getting you better at snowboarding, with coaching by some of the top pros in the world in the best summer park on earth, so that you can progress like crazy. Can it get any better than that?

At COC you are on snow, riding, getting coached and learning for three hours longer a day than camps at Mt. Hood. COC has won three of four golds in Men’s Pipe at the Olympics, and six of the top seven finishers in the 2010 Men’s Olympic Halfpipe event were camp alumni – former and current campers and coaches. They have won countless X-Games medals. They have the ONLY Olympic caliber slopestyle park, and the ONLY Global Cutter at a summer camp. These results show that what they do, and how they do it, works. If you really want to get better at snowboarding, have an insanely great time, and make a million new friends from all over the world, visit The Camp of Champions and get your shred on. Who knows, they could be bragging about you like they’ve been bragging about a lot of their coaches, saying they knew you when… .when you were a camper, before your life changed because you came to The Camp of Champions.

From the moment you arrive at The Camp of Champions to the end of your stay, their entire staff will strive to make sure that your trip is completely safe and insanely fun. The highly-skilled staff care about your entire camp experience and are trained to guide you through a park created with safety as it’s first design element. There is a reason our campers go home saying they had the best time of their life at COC. The jumps may look intimidating, but if you look beside them, there’s the world’s largest summer beginner and intermediate park where you can safely progress your skills, while having more fun than you thought possible. That’s just on snow. When you are off snow, they make sure that the good times keep rolling, and the level of safety and care are as high as they are on the glacier.

O’Neill AcroBag at Camp of Champions 2010 from O'Neill Canada / O'Neill Snow on Vimeo. 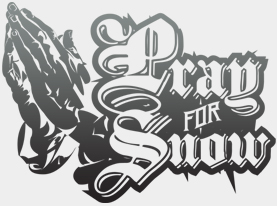